Can I be honest?  Sometimes I really resent how I became pregnant.  Most everyone knows by now that I had In Vitro Fertilization (IVF).  And while that process ran so smoothly it was spooky, which I now realize after trying again not so smoothly, and I have a perfect Kindergartener to show for it, it was anything but normal.  One thing that never fails is if you get in a room of mamas, you’re going to eventually start swapping pregnancy/birth war stories.  How you found out, how sick you were, how long you were in labor, breastfeeding craziness, etc.  One thing that becomes crystal clear every time this happens?  My story is not normal and I resent that some days.

It’s hard hearing how they realized something wasn’t right and started counting days to figure out if they might be pregnant.  Every day was accounted for with IVF.  I drove to Nashville at 4 or 5 am more times than I care to count for bloodwork and ultrasounds.  Invasive tests galore.  I joke that for months I saw more people with my pants off than on.  Except that may actually be fact and not a joke.  I knew exactly when I started my medication.  Exactly when I started my injections and how long they would last.  Exactly when I would have surgery.  We knew the exact moment that little dude was implanted.  While others may have romantic stories of how they got there, we remember an operating room, extreme lack of privacy, a microscope and a half dozen strangers.  I remember the nurse telling us she had several children by adoption and several by IVF.  “I tell them none of them were conceived in love.  Some were conceived in lust and others in a lab, but none in love.”  That sticks with me.  I disagree, but in her defense we do have a test tube, or should I say Petri dish, baby and there was a lot of science involved.  Not everyone has a picture of their embryo that was just implanted to help make it all less surreal.  But we do.  Apparently that is done to help you feel more connected to the process.  I don’t know if that succeeded, but it was something.

It’s hard hearing about how surprised and excited they were when they peed on that stupid stick.  Infertility steals all the excitement of that moment.  I’ve taken dozens of pregnancy tests and never seen a positive one.  Even after we knew we were pregnant, I was terrified to take one and find out that I was no longer pregnant that way, so I never chanced it.  I was driving four or five hours once or twice a week for ultrasounds and bloodwork, then going to work and praying.  There was no mystery to it, that’s for sure.  Just anxiety and exhaustion.

It’s hard hearing how they had their secret for days or even minutes.  How they told their families and how excited everyone was.  With IVF you never get to have a secret to yourself for any amount of time.  While only a handful of people knew what was going on, they knew every detail right up to what day we would get our pregnancy results.  They knew that the nurse called and told us that we were pregnant, but due to the bloodwork probably had at most a 20% chance of staying that way.  While someone else might be able to keep that a secret, we had to call and tell our parents to keep everyone from getting excited.  Obviously my son is here now, but it was touch and go for a month or so.  I remember the day we saw finally saw his heartbeat.  I remember vividly standing in Target telling my brothers, who were clueless about the whole thing.  We were cautiously optimistic, but terrified.  So excited, but trying to reign it in for fear of being disappointed.

It’s hard hearing their labor and delivery stories.  How they battled and the bond they felt the first time they held their baby.  Because in addition to the drama that was conception, my son was delivered a week past his due date by cesarean section.  After everything else, the little bugger was breech.  Yes, lots of people end up delivering by C-section.  However, most have been in labor or planned to avoid it altogether.  I never experienced the first contraction or sign of labor.  We went to the doctor to get checked, he decided to do an ultrasound because I was freaking out having IVF and being overdue, and he realized we had a problem.  We calmly called our parents and went to the hospital.  Five hours later I walked myself into the operating room without my husband for a spinal block and within thirty minutes they brought my husband in and we had a baby.   By the time the doctor and nurses were done with me, and had decided where they were going for lunch, everyone was in our room with our baby.  They’d seen his first bath and held him.  The relief and excitement was palpable.  I was the last one to the party.  And I felt like I’d been run over by a train.  Looking back, it’s no wonder I had trouble bonding and breastfeeding. It was like walking in a store and buying a kid. It was that impersonal and different from what I was expecting.

Infertility is hard.   It kills your hope and excitement.  And it’s happening all around you.  Every day.  To people you see daily.  I consider myself a strong person.  If you know me, you know I’m brutally honest.  Believe me when I tell you that this time in my life almost killed my soul and still haunts me.  As horrible as it sounds, I wish I could have a “normal” pregnancy so I could experience how it could be.  (And please don’t try to tell me no pregnancy is normal.  I am not stupid.  But you have to admit, this one is far from what you experienced.)  But another kid doesn’t appear to be in the books, so I look at my son and thank God I was strong enough to get him here. I saw so many women who did this whole thing many, many times and never had the baby they dreamed of.  I am one of the lucky ones and  know that…most days.

I have no clue why I woke up this morning compelled to tell all this.  It sucked and I resent it most days.  But somewhere apparently someone must need to hear all this.  To know that you can go through a lot of things you never thought you’d survive and come out stronger.  Looking back I can’t believe I did some of the things I did.  But I made it and you will, too. 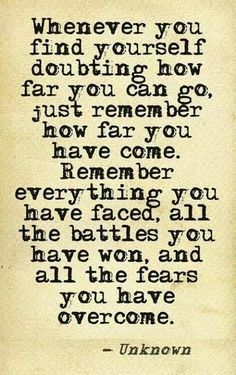 I ask a lot of questions. That's a fact. But how else do you learn? And I love sharing what I've learned (oftentimes the hard way) with others so they can avoid my pitfalls. I'm sarcastic, skeptical, and over-truthful, but in the end I love to write and share. I hope you enjoy my journey. View all posts by Katie's Oily Journey